Boardroom lunch with Dave Sharma, Chair of the Joint Standing Committee on Treaties, and Chair of the Foreign Affairs and Aid Subcommittee​ and Ric Deverell, Chief Economist and Head of Macro Strategy, Macquarie Group

“The global economic and political landscape facing Australia in 2021”

Whilst the COVID pandemic has created unimaginable health and economic impact in countries around the globe, Australia has fared remarkably well.
​
As this battle continues with varying degrees of success around the world, other significant global issues will continue to shape the landscape in the year ahead. Growing human rights, inequality and social justice challenges; climate change and sustainability issues, a massive increase in global debt, and evolving geopolitical scenarios, particularly impacted by recent developments in China and the US, are just some of the unknown factors that will determine the outlook and opportunities for Australia in 2021.
​ 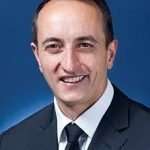 Dave Sharma, Chair of the Joint Standing Committee on Treaties, and Chair of the Foreign Affairs and Aid Subcommittee​
Dave was elected to the Australian Parliament for the seat of Wentworth, in eastern Sydney, in May 2019 as a candidate of the Liberal Party. Prior to politics, Dave enjoyed an extensive and distinguished career as an Australian diplomat, having joined Australia’s diplomatic service in 1999 and served in Papua New Guinea, Washington DC and Israel, and the Australian-led peacekeeping force in Bougainville in 2000, for which he was awarded the Australian Service Medal.
​
From 2001 to 2003 Dave was stationed in Papua New Guinea, helping to negotiate an end to the civil war in Bougainville. On his return to Australia, he worked as the legal and multilateral adviser to Foreign Minister Alexander Downer, and from 2006 to 2009, as the political counsellor at the Australian Embassy in Washington DC
​
From 2010 to 2012, Dave headed the International Division in the Department of Prime Minister and Cabinet in Canberra, helping spearhead the Prime Minister’s diplomatic effort across the breadth of Australian interests, and from 2013 to 2017, Dave served as Australia’s Ambassador to Israel, helping strengthen the relationship in the defence and technology sectors and ensuring strong Australian support for Israel in international forums.
​
Dave joined the private sector following his return from Israel, working in advisory roles for several Australian and Israeli tech companies. He chaired Israeli technology company Shekel Brainweigh for its successful IPO on the Australian stock exchange
​ 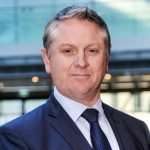 Ric Deverell, Chief Economist and Head of Macro Strategy, Macquarie Group
Ric was appointed Chief Economist and Head of Macro Strategy for Macquarie Group Limited in August 2017. With over 25 years of experience analysing the global economy and financial markets, Ric joined Macquarie from Credit Suisse in New York, where he was Managing Director and Global Head of Fixed income and Economic Research.
​
During the 2000s, Ric worked at the Reserve Bank of Australia, where he held several senior positions including Deputy Head of the Economic Analysis department and Chief Manager International Markets and Relations. He ran the Reserve Bank of Australia’s business liaison program during the Great Recession and was Governor Stevens’ G-20 Sherpa during Australia’s host year in 2006.
​
Ric spent the 1990s working in Government, first with the Department of Prime Minister and Cabinet and then with the Australian Treasury. He headed the Treasury’s Asia section during the Asian Financial Crisis. With a broad range of expertise and relationships across global economics, commodities, fixed income, foreign exchange, emerging markets, equity and credit markets, Ric provides an important perspective to analysing the challenges global economies currently face. 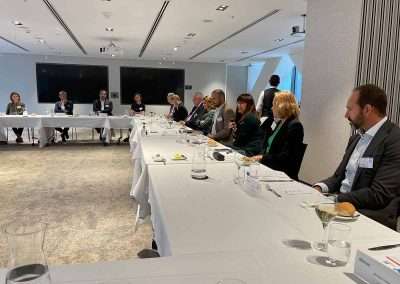 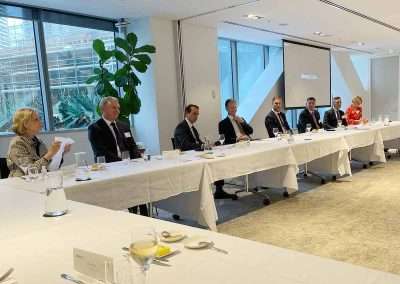 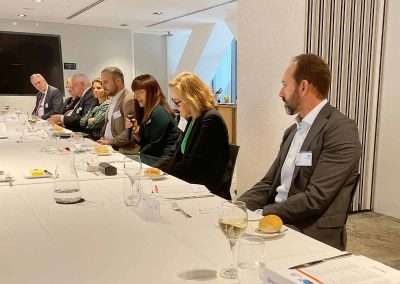 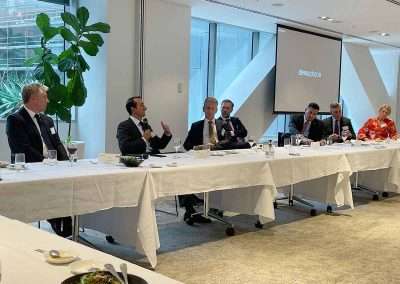 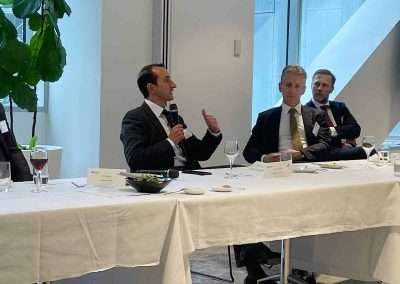 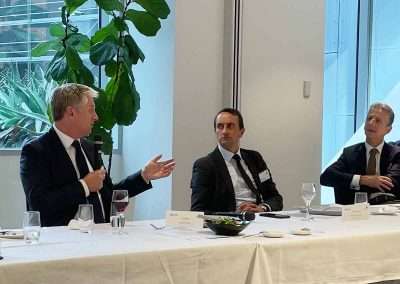 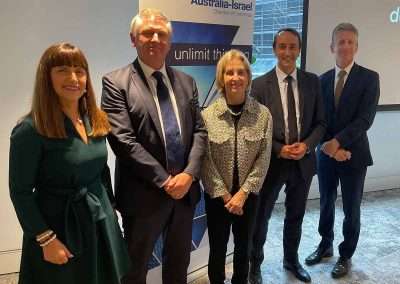