Universities cannot afford to rest on their reputations but must constantly evolve and innovate with industry partners in today’s world explained Tel Aviv University (TAU) President Professor Ariel Porat, during a recent boardroom lunch with the Australia-Israel Chamber of Commerce, hosted by KPMG, on Building Academic Innovation Infrastructure for Commercialisation Success.

He was in both Sydney and Melbourne last month with TAU Vice President of Resource Development Amos Elad to share the multi-pronged vision of Israel’s largest university and to explore potential collaboration with Australian universities.

TAU has multiple systems in place to successfully develop and commercialise academic research. Some are just in their infancy and others have been running for years. As a result of these cutting-edge partnerships, next generation research is developing ideas like 3D engineered human spinal cord tissue to help paralysed individuals walk.

The university, which has over 30,000 students, is ranked in the top 10 in the world in entrepreneurship by PitchBook and Startup Genome. It is the first non-American university following Stanford, MIT, UC Berkeley and Harvard (Startup Genome). Porat believes this is not only due to the general entrepreneurial nature of Israelis, but also the university’s diversity and depth of disciplines contributing to this environment. Their collaborations are especially aimed at leveraging the university’s strongest departments and centers including artificial intelligence (AI), computer science, electrical and bio engineering and more.

Over 1300 TAU alumni have founded over a 1000 companies over the last decades and around 40 of these have become scale up companies (worth over $USD50 million). They have raised over $USD35.6 billion in funding.

Founded in 2018 TAU Ventures is an onsite incubator which in November 21 raised $USD50 million for its second venture capital fund aimed at early-stage start-ups. TAU Ventures was the first university-based venture capital fund in Israel, and its first fund IRR invested $20USD million in 18 companies. IRR is in the top 10% of all US funds from the same size and vintage. In addition to receiving working space and up to a $USD1 million in funding, the university helps bring potential industry clients and government bodies to the university alumni. This combination has been very successful to date. All their portfolio companies have raised additional funds for a total of $USD152.5 million, while creating around 380 jobs. To date 18 out of the 24 portfolio companies are generating revenues.

This successful connection with leading industry is also evident in their TAU Innovative Laboratories, which was launched this year. Both local and international companies pay annual membership to get non-exclusive rights from inventions from ten laboratories that are considered attractive to industry. They range across computer science, engineering, life science, medicine, law, and AI, theatre and AI, and were inspired by the Media Lab at MIT. While Porat believes it’s too early to definitively declare this program a success, based on the significant interest of hi tech and bio tech companies to be part of the program they hope to expand it in the future.

Similarly, they are in the process of building a ten-story building to accommodate start-ups and the R&D departments of companies that want to collaborate with the university faculty. They proactively approach professors on campus to consider commercialisation, offering economic incentives and royalties, which has translated into some significant profits for several professors.

There are also longer-term plans to work with Tel Aviv Municipality to build a major technology park adjacent to the university over the next 5-6 years.

One thing they have learnt over the years is that it is helpful to set up Intellectual Property (IP) frameworks ahead of commercialisation. These outline how the IP will be allocated between the different partners. Otherwise, Porat warns IP disagreements can be an impediment to collaboration, “instead of struggling with it once there is an invention, we try to regulate it beforehand.”

About a year ago the university began deepening its existing relationships with over 17 hospitals throughout the country. They are now in the process of physically establishing university centres at the hospitals.  “The centres not only include the usual suspects from life science, medical professors, but also people coming from data and computer science and engineering. This way we can leverage our strengths in those fields,” explained Porat.

This multidisciplinary approach is at the heart of one of their other strategic foci. In the last three years, since Porat became the ninth President, they have established five multidisciplinary research centres bringing together multiple departments. They focus on:

“We try to derive an added value by creating ties that are impossible to do in a place that is less diverse,” Porat explains. He hopes that over time additional centres will be added that “exploit the variety of fields we have on campus.”

Similar thinking is driving their plans to this year offer undergraduates in economics, psychology, law, political science and biology to study up to 15 courses in AI and data science as part of their degrees. This is the first time such a program is available to Israeli students.

The university’s Provost-led intensive efforts have invested significant energy in envisioning the curriculum of the next decade. ‘We need to equip students with the tools to be effective in whatever they do, not just in the immediate years after graduation, but in the longer term,” added Porat. He also noted that there are already some students who opt to go straight from the military to the work force. While this is not inherently problematic it does put the onus on the university to clearly communicate its added value, to attract students to study at TAU.

They already offer several degrees online and in person aimed at international students, including an English MBA focused on entrepreneurship. Another offering is a dual degree from TAU and Columbia University, where students spend two years in each institution. They also have regular study abroad programs for the semester or year, as well as short term summer programs.

With Monash University they have an existing student exchange program with their respective law schools, as well as collaboration with their legal clinics. Porat is hoping to expand cooperation beyond the law schools and to work with more Australian institutions. 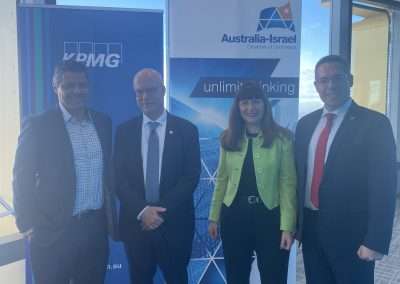 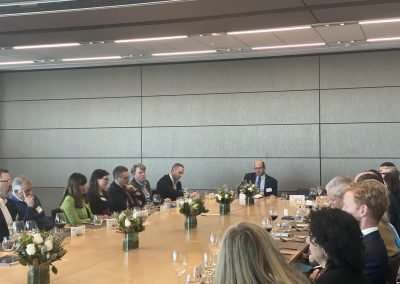 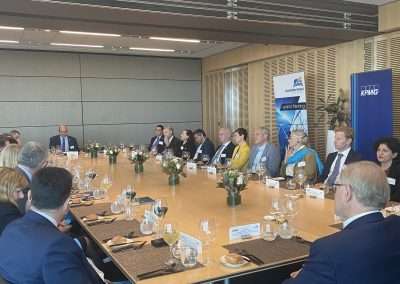 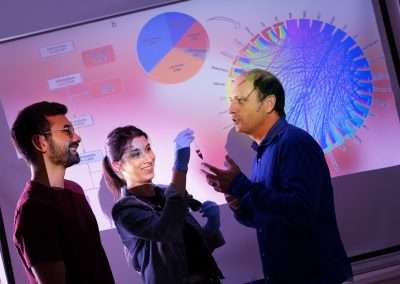 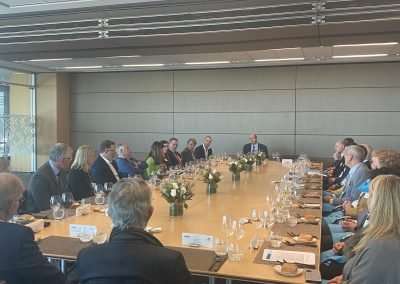 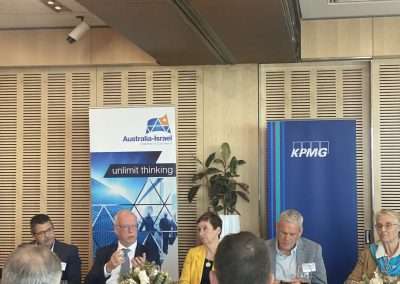