Covid19 Learnings and the Future of Healthcare

Covid19 Learnings and the Future of Healthcare

Following an AICC boardroom lunch on The Future of Health Care – Innovation and New Models of Healthcare, supported by PwC, Professor Sir Edward Byrne, Global Chief Medical Officer at Ramsay Health Care shared some of his insights into healthcare models, future challenges and opportunities for collaboration between Israel and Australia.

“It’s a time of such challenge and opportunity in health generally. There is more illness because of our ageing populations, it’s been compounded by Covid, as well as the large number of people with post Covid.” He notes that even “before the pandemic health systems were run with a very fine margin, without an excess of empty hospital or ICU beds” as well as “a very finite workforce.” 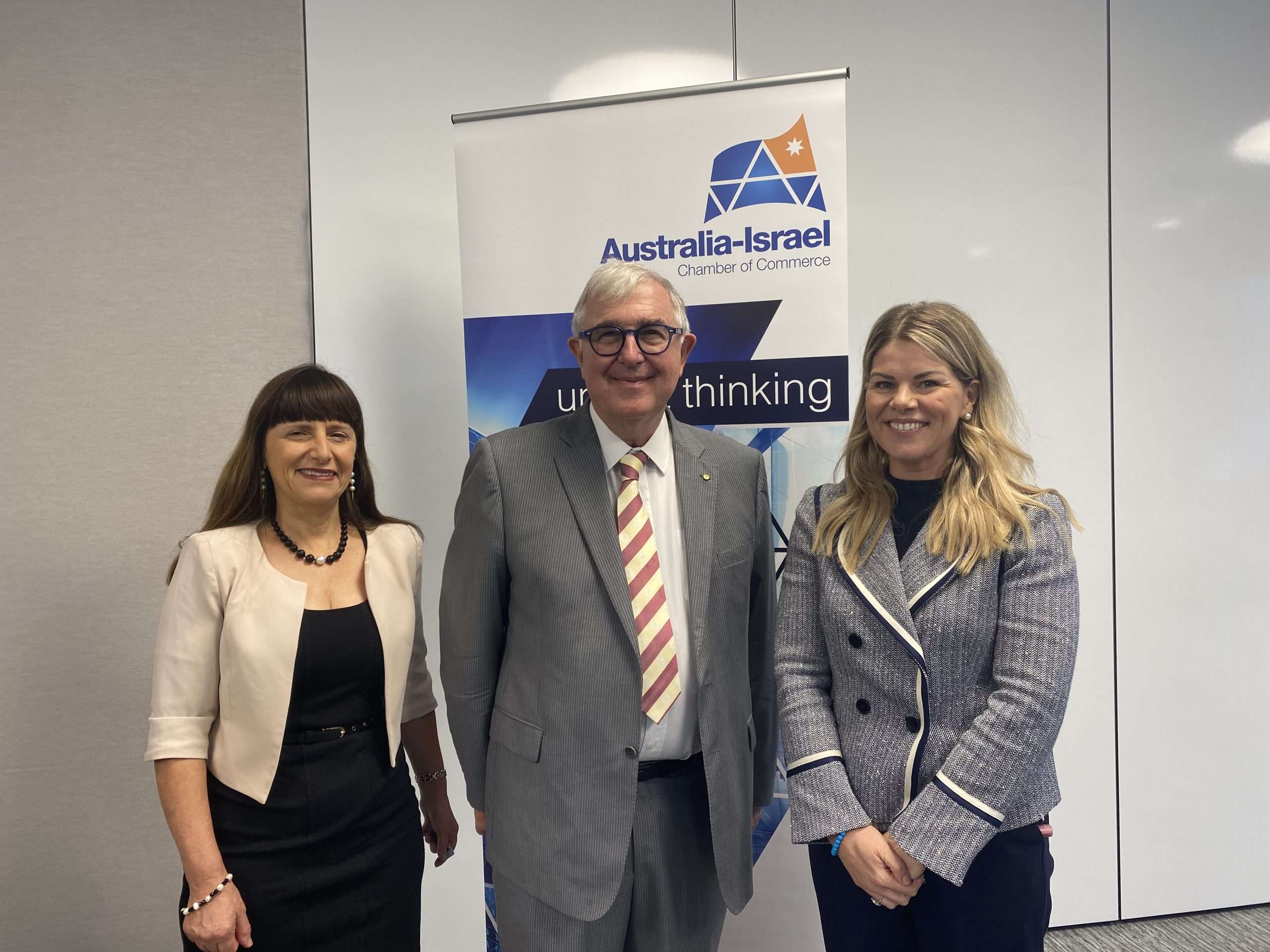 A neurologist by training, he sees staffing shortages as one of the greatest challenges facing the health system moving forward. Noting that under Covid workforce shortages were exposed with staff working extended shifts, often with sub-par manpower numbers. Under these trying conditions, compounded by the high death rate that they were forced to confront with the pandemic, many chose to leave the profession. He adds that some health jobs like nursing were less attractive even before Covid. “Nursing is really hard work, demanding, it is not well renumerated, it is psychologically stressful” and this has further contributed to staffing issues in Europe and Australia.

The professor, who is the former President & Principal at King’s College London and Chairman of King’s Health Partners board, says solutions lie in making health jobs more attractive, specifically for nursing he recommends better renumeration and conditions, as well as making jobs as interesting as possible, including expanding the skill set available to nurses.  With the ongoing technological changes in how education is delivered he believes that online learning will make it possible “to expose a greater number of people to professional training in the health professions.”

He predicts that as health enters a richer technology environment, “we are moving to a situation where the information systems owned by patients and their families crossing the whole of their lifetime experience is becoming increasingly well developed and we will need more and more health professionals who can interact with these systems and understand them.”

He emphasises that where possible healthcare is moving from the hospital to the community and stresses the need for health professionals in the community who understand the complexity of health systems and can deal with things that in the past might have been dealt with in a hospital context.

While Byrne is confident that virtual health care won’t replace physical in person healthcare, it will help patients troubleshoot unclear situations, “we will be better integrated with it and have better experience with it.” For example, in the future if a patient is feeling unwell but is not sure whether they need to see a doctor, they will initially reach out to an online support service, which with the help of artificial intelligence, will help direct them to the appropriate level of care.

Byrne also predicts that future healthcare will focus more on preempting those with major risk factors, which will translate to increased screening earlier so conditions can be identified before major problems occur.

Moving forward he believes the need for public/private partnerships are increasingly important. “I think most countries who had severe Covid situations wouldn’t have coped if their private sector and their public sector hadn’t collaborated. We saw that in Australia, in the UK, France. Everybody rolled up their sleeves and got on with it. Making sure that those that needed hospitalisation with Covid had it and in many countries that was as likely to be private as public. It helped bring private and public provision closer together than ever before.”

Health inequalities between countries with low and high socio-economic status remains problematic despite some significant progress internationally including raising 600 million people out of poverty in China. But he warns “We have a long way to go in our own countries too.”  He attributes the low average life expectancy in the US to the fact that a significant part of the population is poor (lacking adequate access to nutrition and education) and has inadequate health care and coverage.

He was awarded a Knighthood for his contributions to higher education and healthcare, and today advocates passionately for a hybrid health system, “where people who can afford it pay a little bit extra for their healthcare, but everybody gets to the same destination safely. As on a plane, you might pay for a slightly bigger seat, but the pilot gets everyone down safely.”  This helps ensure the outcomes are the same, regardless of an individual’s socio-economic status.

After 20 years as a distinguished university leader Byrne recently stepped down as the Chairman of the Association of Commonwealth Universities (encompassing 600 universities). He speaks highly of his prior academic collaborations with the Technion, the Hebrew University and Ben Gurion University, with “fantastic people who have the highest ethical and moral standards.”

“Relationships between Australia and Israel are incredibly important from my point of view especially in the medicine/science university world, as I think both countries have so much to offer each other.” The former University President and Vice Chancellor of Monash University believes there is great scope to grow links in the physical sciences and medicine, as they are areas where both countries are “really strong”, and it helps them compete against countries such as the UK and the US.

Noting the success of the Start Up nation with its can do culture he believes there is lots of opportunity for commercial collaboration with Israeli companies “because Israel is such a hotbed of innovation for its size.”

With Covid Byrne has been closely following what his Israeli friends have been doing.  Israel’s Covid successes have tapped into their integrated systems, the ability to reach the people, and being the first to realise the importance of getting people vaccinated throughout the population, while leading the way in encouraging boosters. 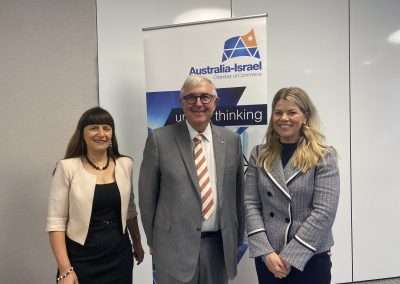