Labor faces fresh challenges as it works towards a referendum on the Indigenous voice to parliament, with Aboriginal leader Pat Turner revealing she is “struggling” to see a way forward on constitutional recognition and Greens senator Lidia Thorpe saying the nation is not ready for the vote.

The interventions come as Anthony Albanese works towards a public vote on enshrining an Aboriginal advisory body in the Constitution this term, and Indigenous leaders called Senator Thorpe and Greens leader Adam Bandt’s attacks on the Australian flag a roadblock to the voice.

Ms Turner, who worked with former prime minister Scott Morrison to redesign the national agreement on Closing the Gap, says Australians will not vote for the Indigenous voice unless they have details.

The Coalition of Peaks chairwoman also told the Australian-Israeli Chamber of Commerce on Friday that Aboriginal and Torres Strait Islander people had unanswered questions. “This is a deeply personal view. I am struggling to see the best way forward on constitutional recognition and responding to the Uluru Statement,” Ms Turner said.

“I accept the totality of the Uluru Statement and I am very supportive of a national voice to the parliament, but I need to start to see some detail here. I want some meat on the bones.

“And the proponents of the voice have got to start putting that out because I am not the only ­Aboriginal person that is wondering what this is going to look like.”

Her comments come as Senator Thorpe warned that putting the voice before a treaty was a risk. Senator Thorpe – who stoked controversy this week by calling herself an “infiltrator” to a “colonial project” of a parliament – walked out in protest from the 2017 national convention that ­resulted in the Uluru Statement.

“If we go to a referendum now, who knows how the country is feeling and we know what happened with marriage equality and how that impacted innocent people who had the rest of the country deciding on their lives,” she said. “I don’t want Aboriginal people to feel nervous and feel anxious about 97 per cent of this country voting on whether we should have rights or not. I don’t think we’re ready for that.”

Indigenous Affairs Minister Linda Burney on Friday said she wanted to work with Ms Turner to make the voice a reality, and called on the Greens not to stand in the way. “I’m looking forward to working with Pat Turner and the Coalition of Peaks as we build momentum for the referendum on the Voice,” she said.

“This is an idea whose time has come and I’ll work with all parties in good faith to ensure the referendum is a success. I note the support across the parliament – and I hope the leader of the Greens will remain true to his commitment not to stand in the way.”

At the Australian-Israel panel discussion on Friday, From the Heart director Dean Parkin said there would likely be a scare campaign against the voice like the one against native title 30 years ago, when in fact native title had given miners security of tenure that delivered billions of dollars for the economy.

Ms Turner was a member of the senior advisory group tasked with working on the design of an Indigenous voice for the Morrison government. The group’s work, overseen by prominent Indigenous academics Marcia Langton and Tom Calma, produced a detailed report recommending options for local and regional voices as well as a national voice representing Aboriginal and Torres Strait Islander people from across Australia. 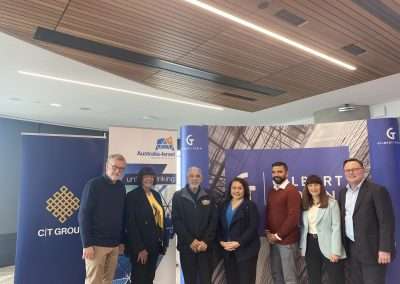 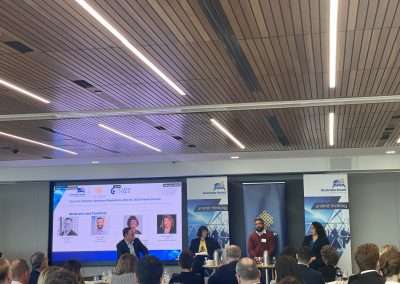 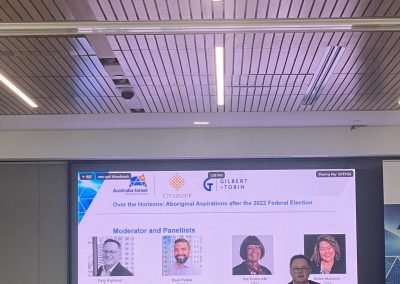 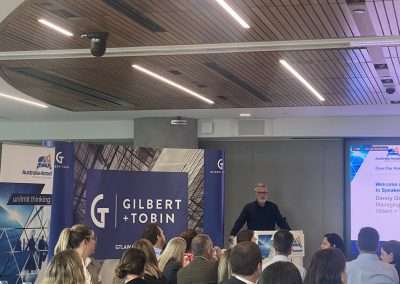