‘The first mission of our university was to build a start-up nation,’ said Professor Menahem Ben-Sasson, President of the Hebrew University, in his introduction to a roundtable discussion on the commercialization of science.

Professor Ben-Sasson, along with a stellar group of Hebrew University researchers, shared their experiences of turning scientific advances into commercial reality at the discussion in Sydney on July 19.

Among the projects discussed were the production of human collagen in tobacco plants for application in wound repair and the 3D printing of human organs (Professor Oded Shoseyov); using nano particles to create a new safe topical treatment for advanced skin carcinoma cells (Professor Simon Benita); and the production of medical CBD from marijuana for use in epilepsy treatments and shrinking tumours in cancer patients (Professor Nissim Garti).

Professor Daphne Atlas has been working on designing small molecules which can cross the blood/brain barrier and are non-toxic. She talked about how her research could be used to treat concussion and rescue cognitive behaviour within an hour of a sporting accident. And Professor Yoel Sasson covered some of his broad-ranging work on environmental catalysis such as in-situ remediation of contaminated soil, extending the shelf life of fresh cut fruit, treatment of oil spills in water by chemical oxidization, and self-cleaning surfaces which are activated by visible light so they disinfect and kill bacteria.

Attendees at the event were keen to know what it was about the Israeli ‘ecosystem’ which encouraged the collaboration between entrepreneurs, universities and industry.

Professor Shoseyov claimed that some credit must go to the government which provided much of the investment funding, taking on the lion’s share of risk, and encouraging scientists and entrepreneurs to move research into the commercial arena.

The Technical Transfer Office (TTO) which has been at the University since the 60s, was also cited as another reason for the successful move of research to market. The Office, a subsidiary of the University, does all the business development, legal work, and files for patents, and returns a significant amount of royalties to the University for further research.

Another speaker said that, instead of using the traditional academic model of developing the solution and then looking for the problem it would solve, they identified the problem first and then set about finding the solution. ‘This way of thinking directs more energy into innovation.’

While Israeli hi tech does well in attracting international investment, bio-tech is more risky and takes longer for investment returns to be reaped. To make these projects more attractive to investors, the idea was discussed of creating ‘exit strategies’ which would allow investors to depart at earlier stages in the commercialization process.

The event was hosted by Ben van Delden, Head of AgTech at KPMG, who recently returned from a trade mission with AICC to Israel – an experience which he described as ‘life changing’. 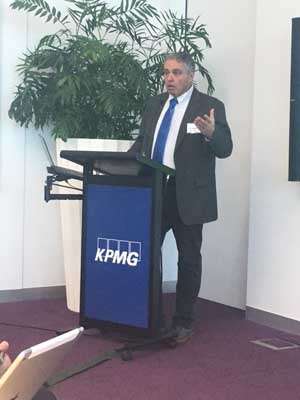 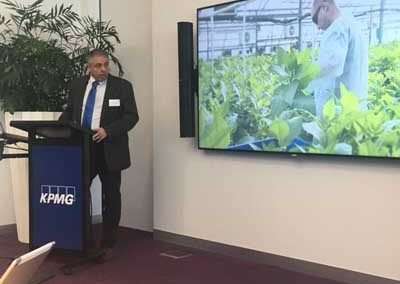 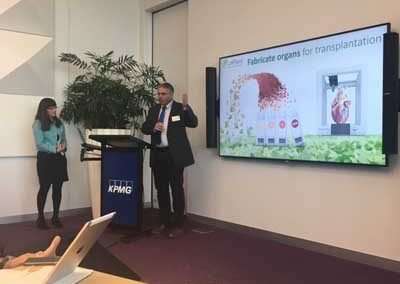 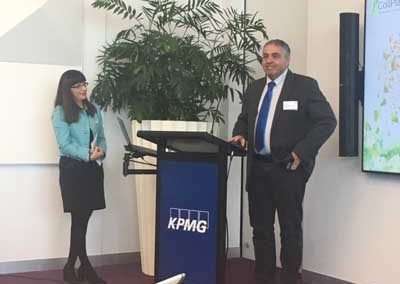 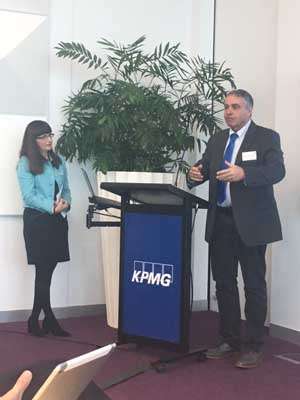 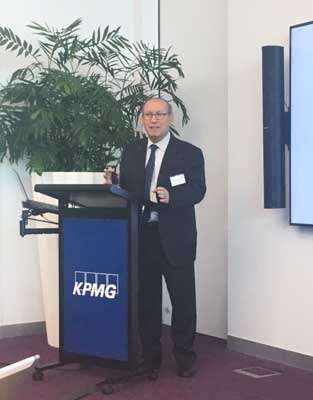 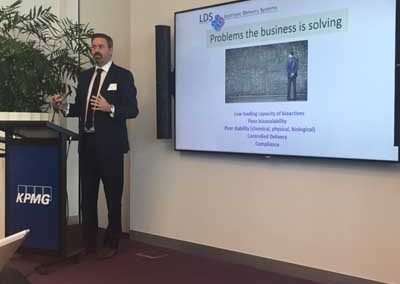 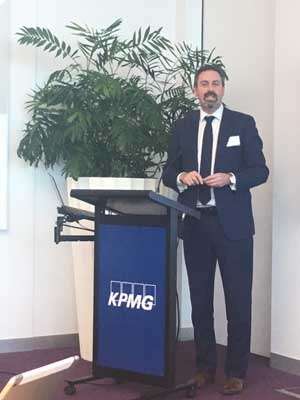 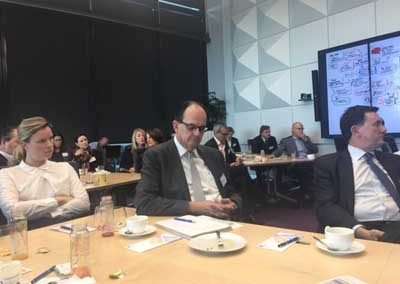 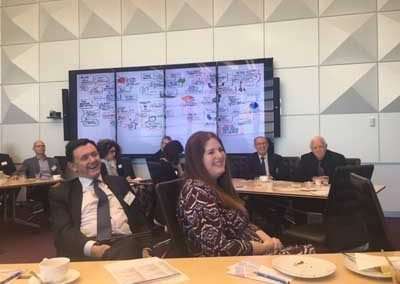 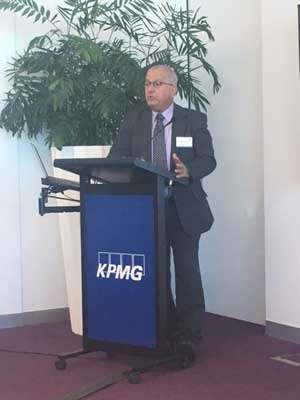 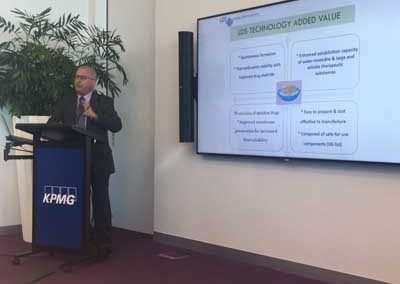 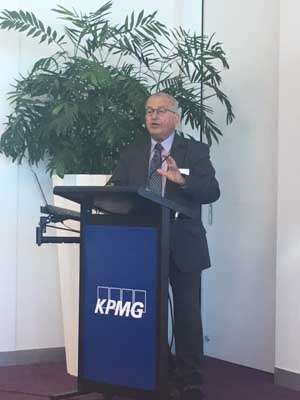 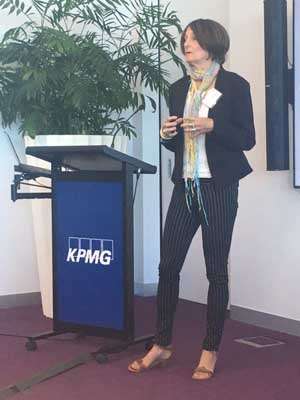 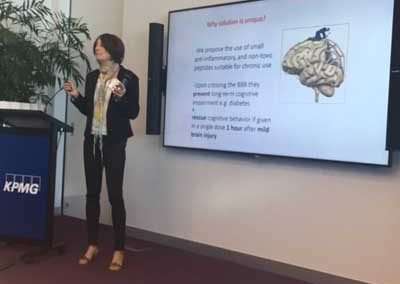 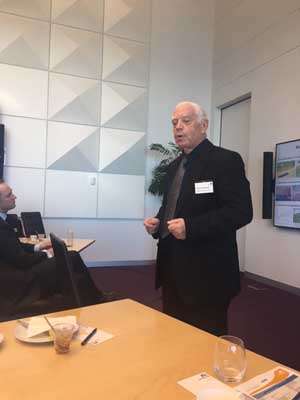 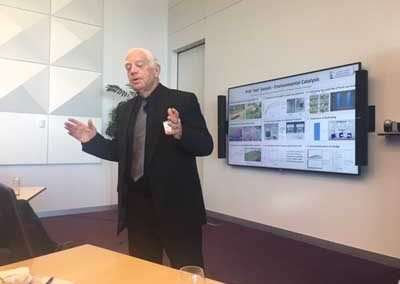 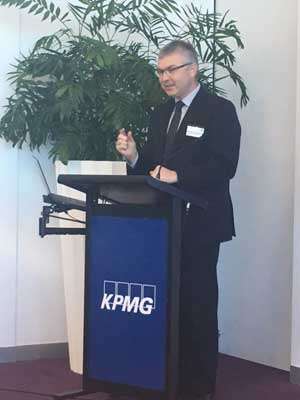 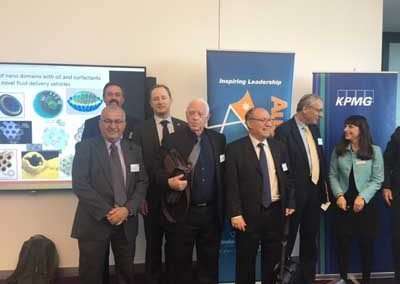 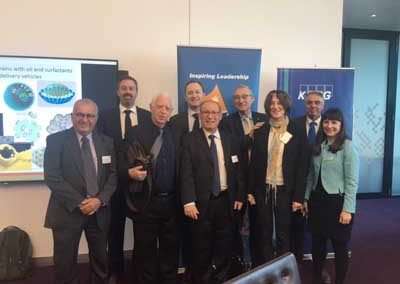 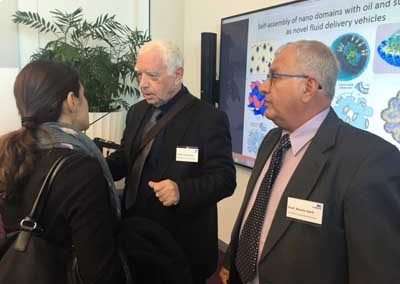 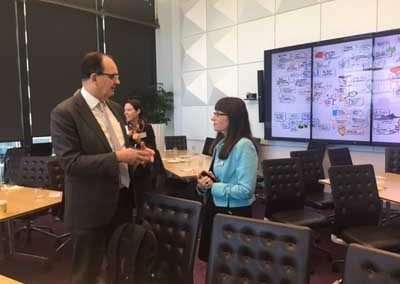 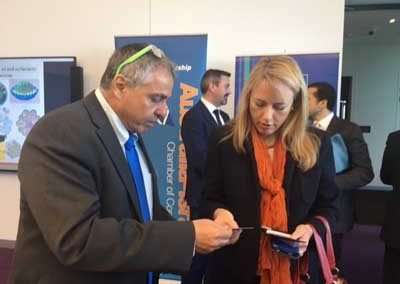 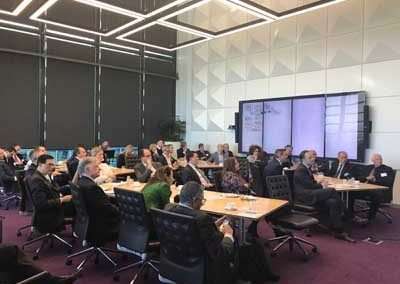