The Hospital of the Future

Future healthcare must undergo transformational change warned Professor Yitzhak Kreiss, following an AICC (NSW) recent boardroom lunch on “The Hospital of the Future” hosted by PwC. Kreiss, who is the Director of Sheba Medical Center in Israel warned that the current standard of medical care in the developed world will be untenable in ten years’ time. This is primarily due to shifting demographics as populations age and increasing patient survivor rates, which ultimately increases strain on the medical system. Additionally, current expenditure on the health system and medications continues to grow.

Kreiss is keen to work with Australian partners as he believes Israel and Australia’s healthcare systems are very similar, as well as both countries sharing the same values. He insists healthcare in Australia has high standards and Australians are open to new ideas and innovation, which will help transform care faster.

While the goal of transformation is clear the solution to achieving it is still in development explained Kreiss, who outlined several important criteria for finding the answers, including:

Sheba Medical Center is a world leader in international collaboration. Kreiss believes no one person or entity will be able to provide the comprehensive change that is required to transform the medical system. Sheba’s Future of Healthcare consortium which includes 45 leaders from across the globe is part of this collaborative effort to evolve healthcare technology. ARC’s open model of data sharing encourages the world’s best minds to contribute to these global issues.

“We must look to the future. We are not there yet, but only in the middle of the beginning. The most important thing is we all agree globally there is a need, and we have to do it together,” he said.

One of the most highly regarded medical centre’s globally the Mayo Clinic recently signed an agreement with Sheba’s ARC Innovation Center, to help early-stage health tech AI start-ups get market-ready.

“It’s not about doing more of what we do today, or even doing it better, we have to practice medicine in a different way,” explained Kreiss, who has been grappling with this issue since being appointed Director General in 2016. Previously he served in the Israel Defense Forces (IDF) for over 30 years, where he ascended from being a front-line combat surgeon to leading the Medical Corps, as the IDF’s Surgeon General. In 2018, the Israeli government appointed him to transform Sheba into the country’s first “City of Health,” which is the model for the hospital of the future, combining state-of-the-art medical treatment with innovation hubs for medical start-ups and an academic research center for medical professionals and scientists.

“We must adopt innovation as a value of itself,” he added, emphasising the need “to always have change and keep reinventing.” He stressed that there is no end point in the process, that is constantly evolving.

A major emphasis has been applying digital healthcare to cure disease and treat patients outside of the hospital setting. Kreiss pointed out that while most industry sectors have undergone a digital transformation, even with Covid-19 healthcare has not fundamentally changed. “There has been no real digital transformation at the core processes of a hospital or in how physicians work,” said Kreiss.

While there is some hesitation amongst patients, he noted that one of the biggest stumbling blocks is convincing often conservative physicians that remote care can be better than in person care. During Covid Sheba offered routine pregnancy surveillance, including ultrasound, remotely rather than in hospital surroundings, and many women preferred being able to access care without leaving the house.

A concurrent challenge is finding affordable technology solutions that allows for in home care. Noting that providing ultrasounds at $10,000 each is not feasible but if lower cost solutions around $300 or $500 become available that becomes a game changer for enabling home care.

Kreiss explained that these technology changes are happening, “they are slower than we thought, but we are moving forward”. While there is significant investment and focus in helping these technologies become a reality, there is also a belief that progress shouldn’t be stopped while waiting for the technology to catch up. Rather the forward thinking and planning should continue and the technology will catch up.

Real digital transformation would end inequality in access to healthcare he claimed. Rather than trying to build services closer to marginsalised populations, “the new way is to use digital transformation to make the centres of excellence accessible to rural areas,” he explained. This could have applications to remote communities in Australia who struggle to attract the necessary medical professionals on an ongoing basis.

While the hospital of the future will focus on remote home care “we would focus more and more on highly specialist care than can only be provided physically in hospitals,” said Kreiss who is also a medical doctor.

Under his leadership Sheba, the largest hospital in the Middle East, has been named by Newsweek Magazine as one of the Top 10 Hospitals in the World, for the last three, consecutive years. In comparison, the top Australian hospital last year, the Royal Prince Alfred Hospital, was ranked 71st.

The hospital of the future that Kreiss and Sheba are working towards involves creating healthy green environments, where patients and their families become agents in their treatment and are provided with a roadmap for living healthier, longer lives. “This sounds very simple, but it is necessary if we want to also rely on the patient to be part of the transformation,” he said. He envisions a greater focus not on curing a sick patient but on predictive, preventative and rehabilitative care, which will lower barriers between healthcare institutions and improve continuity of care and most importantly outcomes for the patient.

Kreiss is keen to see quicker change and noted delays are currently caused by a number of additional factors including outdated payment models, which haven’t easily adapted to accurately calculating and billing claims for insurance purposes; regulator hurdles placed on health care, which he believes don’t move fast enough to the technology adaptations and the short-term nature of government planning. 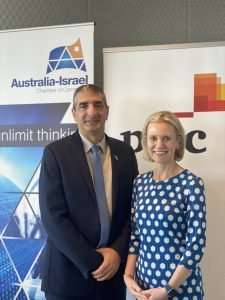 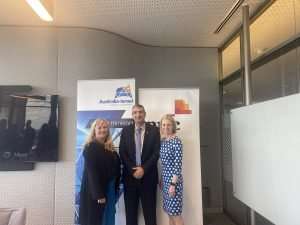 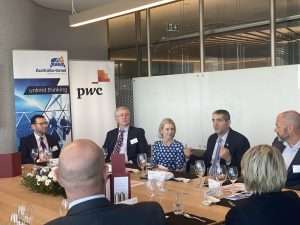